Learning multiple languages simultaneously is beneficial for preschoolers aged 2 to 4. This can help them become bilingual or even multilingual, with the ability to communicate in many different language systems. With the world becoming more interconnected, being able to understand and speak more than one language is becoming increasingly important.

For young children, learning multiple languages at a young age can be extremely helpful in terms of their language development and executive functioning abilities. It is easy for young children to acquire new language skills, as their brains are highly malleable and still growing, making it easier for them to learn new information quickly and effectively. Research has shown that young children have the capacity to absorb up to seven languages at once without confusion or difficulty in distinguishing between them – something that adults struggle to do.

It is easy for young children to acquire new language skills, as their brains are highly malleable and still growing, making it easier for them to learn new information quickly and effectively.

In addition to this, learning multiple languages simultaneously can help prevent communication difficulties that arise from not understanding a language properly. For example, if a child only knows one language and has difficulty understanding it, they may find themselves unable communicate effectively in other situations. However, if they already know two or three languages then this problem can be avoided as they will already have an understanding of two or more different ways of saying things.

Finally, learning multiple languages at once helps with cognitive development overall. Having knowledge of various ways of speaking allows children to think critically about how they express themselves in different contexts and understand why certain words are used in certain situations. This helps them develop better concentration skills as well as improved problem-solving capabilities due to their broader knowledge base which helps with creative thinking processes as well. Additionally, studies show that bilingual children display superior performance on academic tests compared to monolingual students since having knowledge of multiple languages enhances mental flexibility and increases intelligence levels overall throughout life 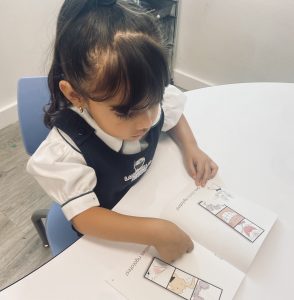 It is clear then that learning multiple foreign languages at once can provide preschoolers aged 2 – 4 with many cognitive benefits which will remain useful throughout their lifetime. Not only does learning two or more foreign languages make it easier for children when communicating with others who don’t speak the same primary language but also expands their level of knowledge beyond what could be achieved otherwise so encouraging bilingualism in younger years should be highly encouraged where possible!